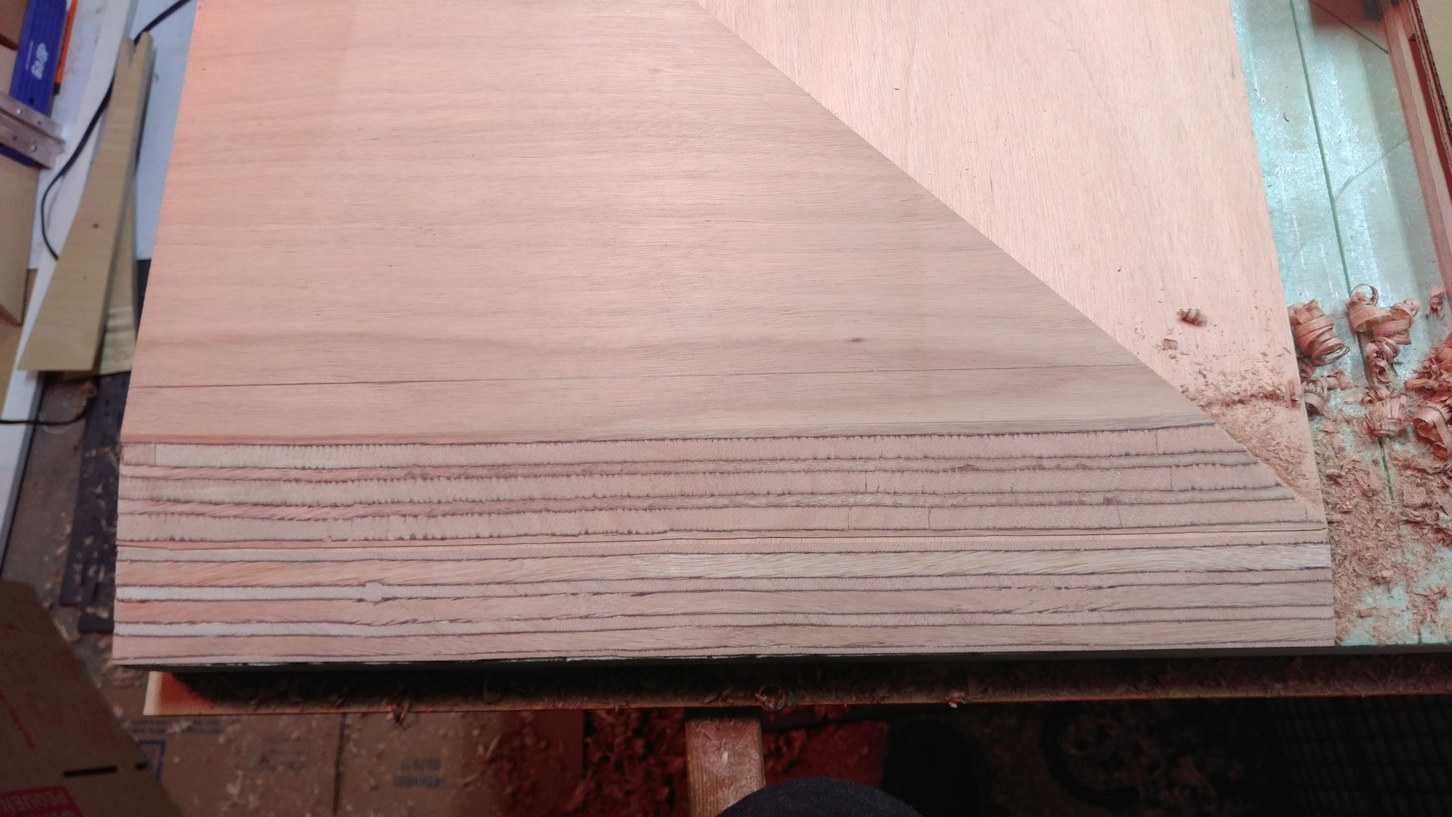 Tango Skiff designer Hank Bravo strongly suggests scarfing the plywood needed for the sides and the bottom panels with a hand plane. In his build notes, he states that scarfing plywood “can seem intimidating but it’s really not hard”. Lacking experience, I hesitated on an approach. I looked at both circular saw scarf jigs and router scarf jigs but ultimately decided to tackle the scarfs with a plane as suggested.

I started by practicing on scraps of cheap plywood just to get a feel for scarfing with a plane. My early attempts were… questionable but I persisted. After a couple of hours of messing around, I got comfortable enough to try some scraps of marine plywood. I’m glad I did this since the marine plywood has a very different feel to it. A bit more practice and I declared my scarfs “good enough.” 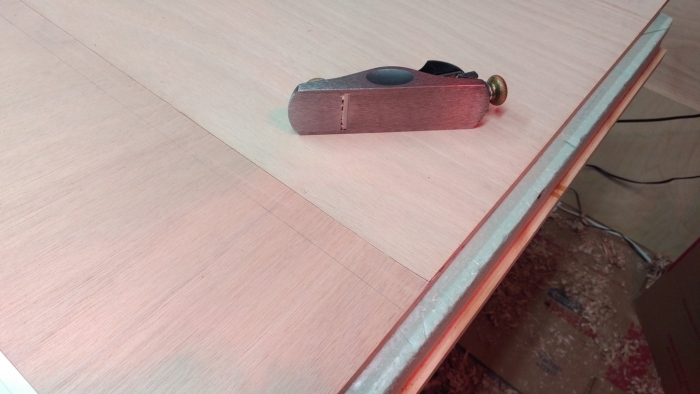 Some useful tips I picked up along the way include:

A few things to note when gluing up the scarfs: 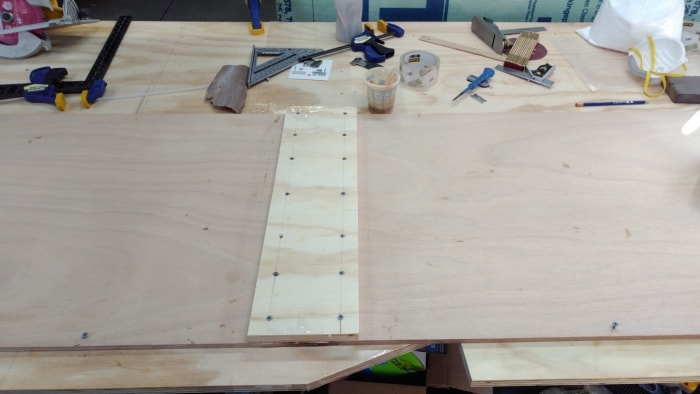 Much of this boat build is an adventure in developing skills sets. And so, I’m glad to have taken the time to add scarfing plywood as a skill. With Hank’s encouraging words and only a handful of scarf joints, I’m happy with the results.

Sources: Scarfing Basics by Russell Brown and various posts on the Woodenboat Forum