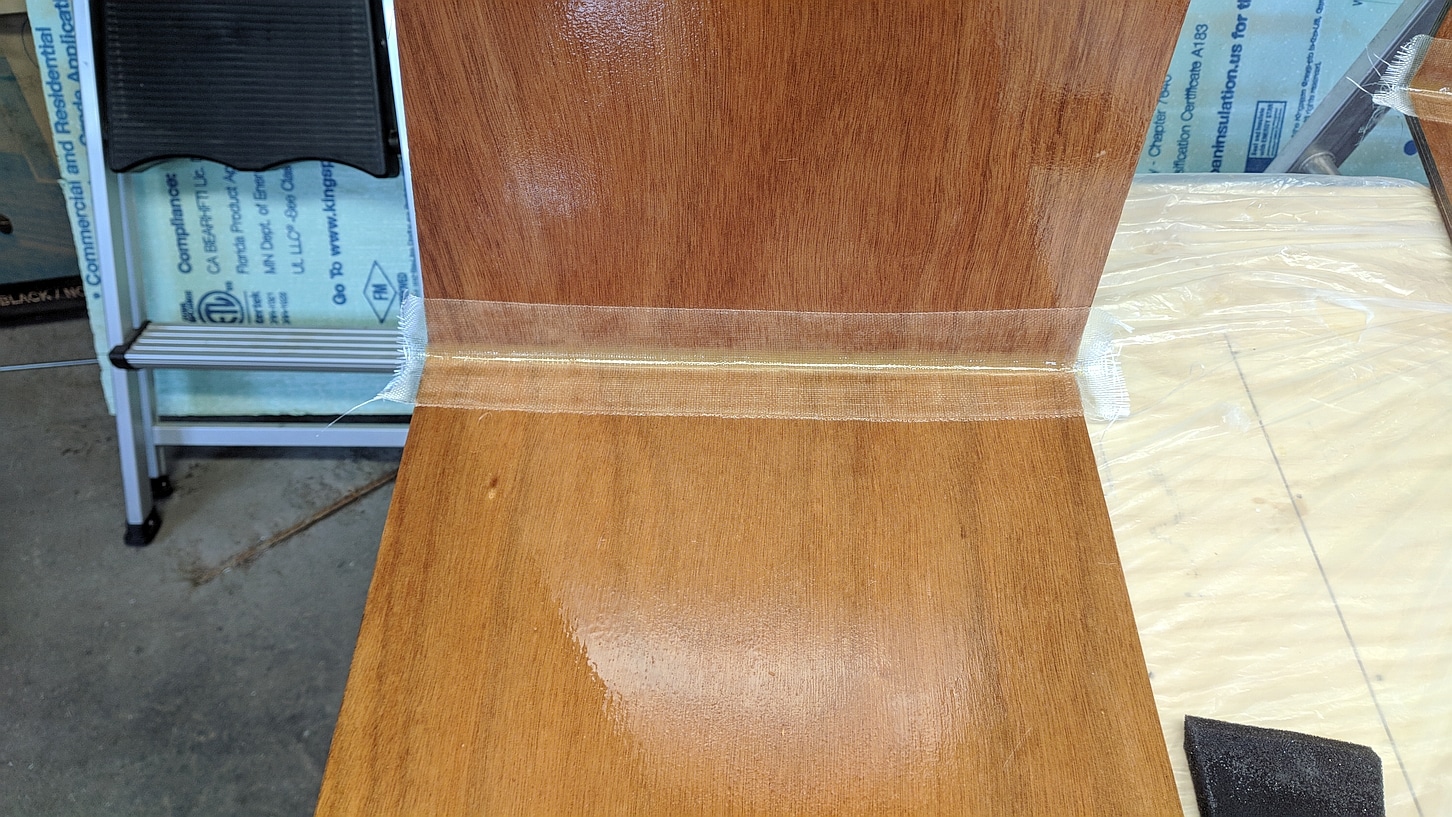 Rather than drill holes for zip ties to hold the rear bulkheads in place, I decided it made more sense to assemble them outside the boat. So that’s what I did.

The first thing I did was confirm how close the rear bulkhead plan dimensions were to the very real boat I was trying to build. Here’s how it looked:

However, because I hadn’t replaced the stitches with epoxy, things were still a bit wobbly so I expected I’d need to do some more fitting.

To keep things lined up, I used a small nail to tack each of the two bulkheads that make up a side of the boat. I found that each of the pairs of bulkheads had one that stood proud of the other. So before I continued, I trimmed them. Once trimmed, I edge glued each pair and used a right angle clamp to secure them.

Once this was dry, I created an inside corner fillet and covered it with wetted out 3″ fiberglass tape. While I was here I decided to epoxy coat both the inside and outside surfaces. The results were better than I expected:

After assembling the bulkheads, I found that I still needed a bit more fitting. The bottom edge of the transverse bulkhead met the sides just fine but by the time it got to the top, I could see this gap. 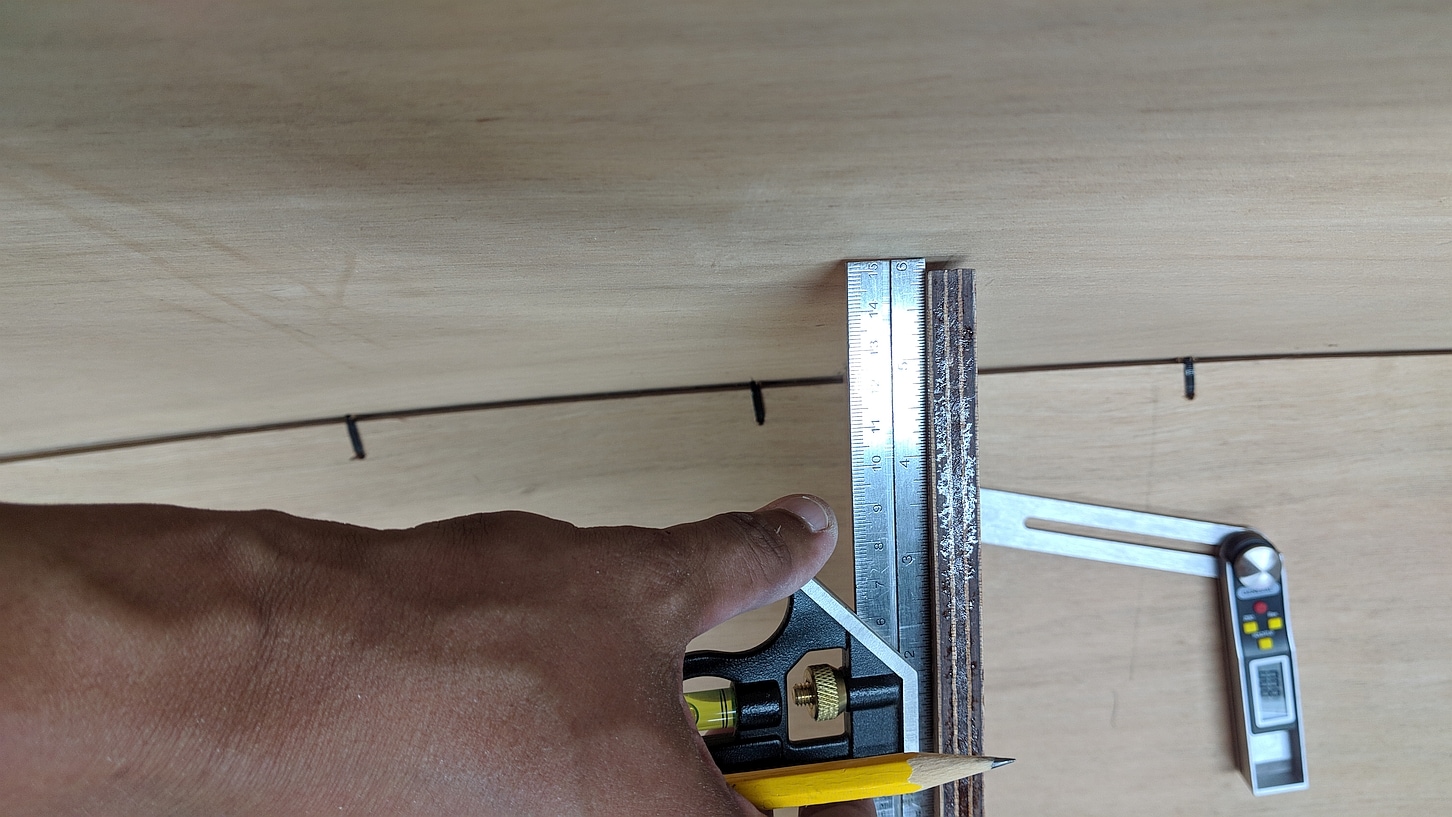 Rather than hit it with a hand plane, I decided to make quick work of it with my circular saw. Here’s what I did:

What this effectively did was move the top corner in by that measured amount. I performed the same steps on the other pair of bulkheads and we were ready to glue them up.

I would have done two things differently.

Time to get the boat firmed up by replacing the zip ties – acting as stitches – with beads of thickened epoxy. I think this will help a lot to reduce the amount of overall movement in the hull which made it a bit more difficult to fit other parts.